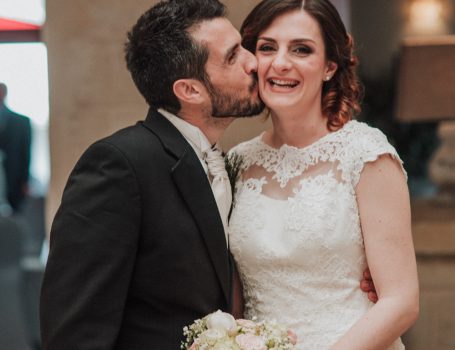 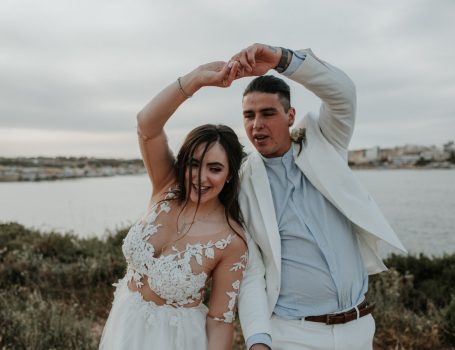 I met Angela and Daniel to discuss their wedding day over a coffee. I did not know who to expect but when I met them I felt the electricity between them sting me as well. There I was faced with the lovely Angela and dark eyed Daniel, and the sheer loveliness of these two overwhelmed me. I always ask my couples how they met, and Angela’s and Daniel’s story was super fun! They met on site, during a project that Angela was supervising as an architect and Daniel was one of the workers on site. They both love Imagine Dragons and they got chatting when one day Angela heard a song she loved and Daniel told her it was his choice.

They are fun, they are a team and it shows in the way they look at one another and talk. They got married at the Tal-Herba church in B’Kara with a reception at Torre Paulina in Madliena.