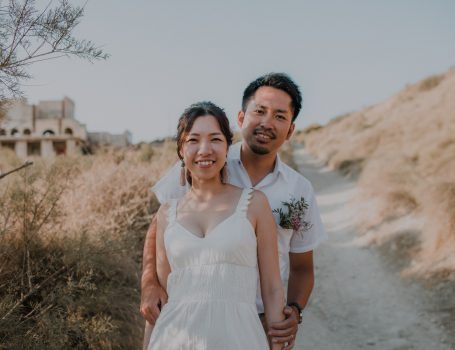 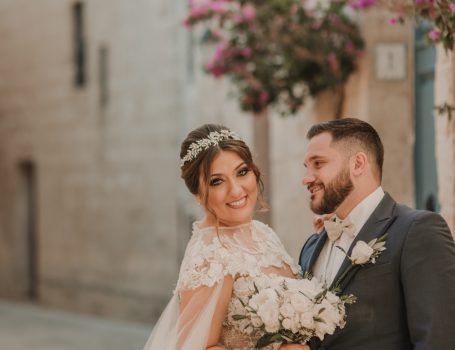 Jake contacted me via email in early July. He wanted a post wedding shoot with his wife Ellie, but he also wanted something else. He wanted to give Ellie the engagement ring which he never got the chance to give her prior marriage. To say I was excited was an understatement! When I picked them up from the Hilton Hotel, Jake slipped his ring box in my gear bag and off we drove to Mdina to start our shoot.

The time with these two passed by in a whirl and it was effortless shooting with them. Every move they made was perfect. Ellie was a dream and I never had to tell them how to hold one another or how to stand. They naturally came together so sweetly that all I had to do was shoot.

Finally we got to Golden Bay and after a sweaty walk up on the hills, Jake signalled for me that now was the time. So, I took Ellie away and made her stand facing the view. In the meantime Jake, got the ring box and went down on one knee. I slowly directed Ellie to turn around and the rest you can see in the pictures. I have no clue what they said to one another, however I could tell from their faces and gestures that they were both very happy.

It’s moments like these that fill my heart with love!