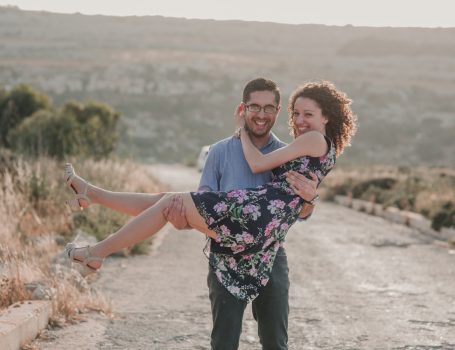 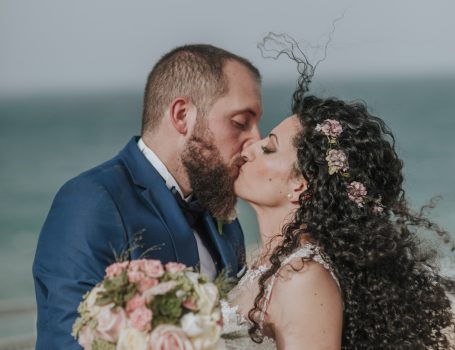 One weekday I got a message on FB from Kinga asking if I was free on a certain day. She told me that she was checking the venue and later that day she came back to me with the news that she was changing the venue to Westin Dragonara in St Julians. We agreed to meet the following day for a meeting, and the minute we said hello, Kinga and myself did not stop talking. I admit that I was overwhelmed with her excitement for her big day which was less than 4 weeks away.

On the day, Kinga was changing in one of the hotel rooms and just as I expected I found her happy, excited and smiling! To say she is pretty is an understatement. She is kind hearted and sweet and was super excited to see Matthew. On the other hand Matthew was waiting for Kinga at The Quadro Terrace surrounded by family and friends. When they saw one another, their eyes locked, their smiles widened and they both couldn’t wait to say I do!

During prosecco time, we shot a few couples photos, and then Kinga wanted to throw the bouquet. She played the part, but did not throw it. Instead she got two flowers out of the bouquet and handed them over to two selected friends! The cake was a dream….done at Manouche, which is the restaurant that Matthew works at and manages. I left the Westin full of excitement which these two rubbed on to me! 🙂