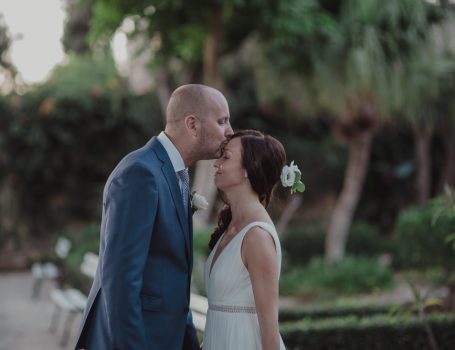 Mauro and Geogette had been quite a while together before tying the knot. However they were both excited about their big day. Well wouldn’t be!  A couple of weeks before their wedding however, a player in Mauro’s football team passed away, so the couple were worried that the wedding would not succeed.

However the team mates have done their utmost to not only celebrate Geogette and Mauro’s union but to also commemorate the late Leonard Zammit. The wedding was mixed with laughter and tears, where the guests danced, and cried the loss of this great player.

Geogette and Mauro got married at St Agatha Church in Rabat, Malta and the reception was held at Giardini Lambrosa in Rabat as well.